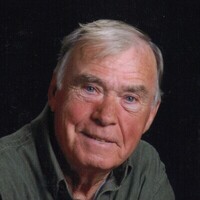 Funeral Mass will be held at 10:30a.m., Thursday, September 17, 2020 at All Saints Catholic Church in Madison Lake. Visitation will be from 4-7 p.m., Wednesday, September 16, 2020 at Northview-North Mankato Mortuary, 2060 Commerce Dr., in North Mankato and one hour prior to the service at the church. Burial with military honors will be at Calvary Cemetery in Madison Lake.  The family prefers memorials be given to St. Jude’s Children Hospital or All Saints Catholic Church. Live streaming of the funeral may be viewed at www.as-ic.org.

Wally was born February 19, 1934 to Clarence and Kathleen (Smith) Wolff in Mankato. His fondest memories of attending Janesville High School was playing football for the Golden Bears. Following graduation, Wally proudly served in the US Marine Corps during the Korean War. He then married Betty Gens and together had six children. They later divorced.  On August 29, 1985 he married Linda Loe. Wally’s desire to create new opportunities lead him to establish “Wally’s Drive-in” in the early 60’s, where he was known for his famous broasted chicken. In the mid 70’s Wally then founded WW Blacktopping which is still owned and operated by his family.  In his free time, Wally enjoyed traveling with his wife Linda, time at their cabin up north, fishing, and spending time with family, especially making his broasted chicken during their 4th of July celebrations.

He was preceded in death by his parents; and brother, LeRoy “Pete” Wolff.

To order memorial trees or send flowers to the family in memory of Walter Warren Wolff, please visit our flower store.