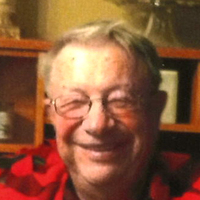 Warren was born February 28, 1933 to Ruben and Mina (Randall) Riese in Mankato.  He graduated from St. Clair High School in 1952.  Warren was united in marriage to Betty J. B. Baumgartner on March 7, 1953 in St. Clair.  Warren farmed for many years and was later a truck driver until his retirement.  He was a member of Hosanna Lutheran Church.  He enjoyed fishing, hunting, playing cards, and telling jokes.

Warren was preceded in death by his parents and sister, Lois Wright.

To order memorial trees or send flowers to the family in memory of Warren A. Riese, please visit our flower store.