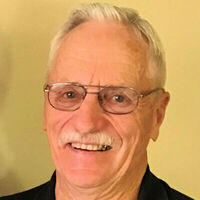 Wayne Robert Hohenstein finally found peace at home surrounded by family and friends on April 1st, 2021 at the age of 81, 3yrs after his ALS diagnosis.

A private family service will be held.  Interment will in the Vernon Center Cemetery.

The service will be live streamed at 11:00 am on Thursday April 8th.

Wayne was born May 25th 1939 to Robert and Emma (Hellekson) Hohenstein.  He was united in marriage to Deborah Krosch on May 25th 1965 at St Peters Lutheran Church in Vernon Center, MN.  Wayne was heavily involved in fast pitch softball for over 50 yrs as a player, coach, and spectator.  He pitched his way to two MN state tournament titles in 1968 and 1971 for Vernon Center, coached the Vernon Center youth fastpitch softball team to several National tournaments, and was inducted into the MN state Softball hall of fame in 1991.  Once his softball career was over bowling and horseshoes were two of his favorite past times.

He was a farmer at heart and loved helping family and friends in both Spring planting and Fall harvest.  He enjoyed being involved in the community and was part of the Wellcome Memorial School Board, Benco Electric Board, and Garden City Farm Service.

He was preceded in death by his parents and in-laws Ervin and Harriet Krosch, Clarence Peters, Larry and Sue Peterson, and Robert Fox.

To order memorial trees or send flowers to the family in memory of Wayne Robert Hohenstein, please visit our flower store.