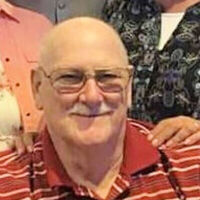 A celebration of Bill’s life will be held in the summer with his closest family and friends. Please share your favorite memory of Bill online at www.mankatomortuary.com.

Bill was born October 22, 1939 in Luck, Wisconsin to Raymond and Shirley (Kavanagh) Johnson. His family relocated to Minnesota and he graduated from North High School in 1957. He served as a medical tech in the US Army before being honorably discharged. For over 30 years, Bill drove truck for UPS until retiring in 2000.

Bill was united in marriage to Diane Stith on March 3, 1986 in Minneapolis. His hobbies included fishing, camping, dining at restaurants, telling jokes, and putzing around his yard. Bill had the ability to make everyone feel like family. He treasured spending time with those he loved, especially his grandchildren.

He was preceded in death by his parents; son, Todd Johnson; and sister, Georgia Kate.

To order memorial trees or send flowers to the family in memory of William "Bill" Douglas Johnson, please visit our flower store.