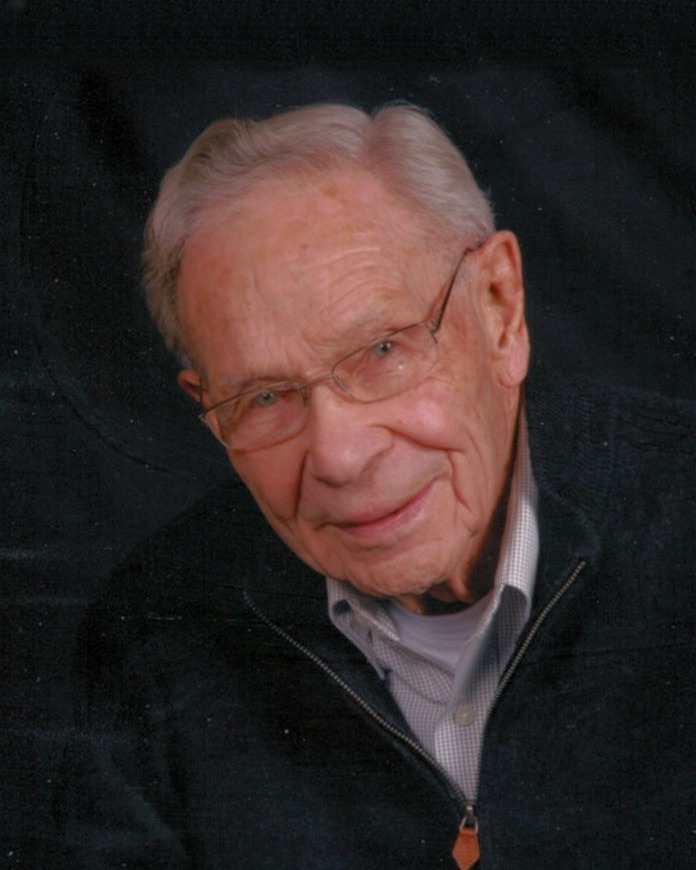 A memorial service will be held at 11:00 a.m., Tuesday, November 22, 2022 at Northview-North Mankato Mortuary. Visitation will be one hour before the service on Tuesday. Burial will take place at later date in Red Wing. Memorials maybe given to BENCHS or the donor’s choice.

He was brought into this world on March 3, 1927, by Florence Adeline Stroup and Thornton Melvin (Thorney) Mickelson of Red Wing, Minnesota, growing up in the ebb and flow of Mississippi river life.  Cut short by WW2, he graduated early from Red Wing Central High School and volunteered underage to serve in the U.S. Coast Guard.  His service as an electrician and landing craft operator on the troop transport USS Callaway took him to Okinawa and the Invasion of Japan.  His ship ferried thousands of service men and women home after the war in the Pacific ended, as a result he was with one of the last groups of servicemen to be honorably discharged from service.

Upon returning home he connected with coaches and friends, ending up on scholarship playing football at Tarkio College in Northern Missouri.  Starting his professional career at Avoka and Elmwood Nebraska, he became a respected teacher, business educator, and coach of most every sport.  While his first love was for football and basketball, his most accomplished was an undefeated girl’s volleyball season just prior to leaving Nebraska.  Taking courses during the summer at the University of Minnesota and Mankato State University, he completed a Master’s degree in Education. Returning to Minnesota permanently in the fall of 1955, he married Janet Jean Schneider also of Red Wing, and started teaching and coaching at Mankato High School.

Dad enjoyed traveling with friends and family.  He was an avid Civil and Revolutionary War amateur historian.  Loved fishing up north at Lake Kabetogama and telling stories of the rocks he hit or the fish that got away.  But, spent much of his retirement time in his beloved woodshop building tables, dressers, authentic Norwegian Stabbur bird houses, and feeders.

From his extended family, and for all those he taught and coached over the years, we join in one voice saying Takk for Alt!  Thank you for all you’ve been and all you’ve done!   Be at peace!

To order memorial trees or send flowers to the family in memory of William "Bill" Charles Mickelson, please visit our flower store.