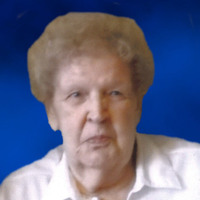 Yvonne Irene (Schroeder) Jensen, 84, of North Mankato, formerly of Marshall, passed away on May 5, 2022, at Birchwood Cottages in North Mankato, Minnesota.

Yvonne was born January 16, 1938 in Maynard, Minnesota to Reiner and Adeline Schroeder. She was united in marriage to Gilbert Jensen on June 30, 1953.

Per Yvonne’s final wishes, no memorial service will be held.

To order memorial trees or send flowers to the family in memory of Yvonne Irene Jensen, please visit our flower store.